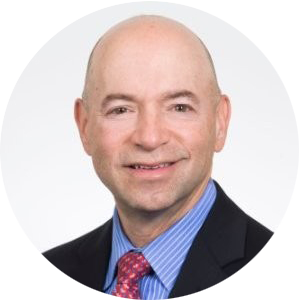 Mark Deutsch is a senior private equity professional with over 30 years of experience successfully investing in private companies across a wide range of industries. He formed Deutsch Capital LLC, a private equity investment firm, in 2017 to continue his longstanding strategy of investing in lower middle-market companies based in the United States.

From 2015 until early 2018, Mark was a partner at Verus Investment Partners (formerly Uni-World Capital), a lower middle market private equity firm formed in 2006 and based in New York City. As a key member of the Verus senior management team, Mark focused on business development and led the firm’s efforts in the building products sector. Verus targets investments in the following sectors: industrial and manufacturing, building products, business services, chemicals, food and beverage, and high margin distribution. Mark was also on the firm’s Investment Committee.

From 2006 to 2014, Mark was a founding partner of Hudson Ferry Capital, also a lower middle market private equity firm based in New York City. Hudson Ferry focuses on niche manufacturing, business services, building products, and outsourcing companies. Mark led the firm’s new business development efforts and served on the Investment Committee. He also raised the majority of the firm’s private capital. During Mark’s tenure at Hudson Ferry, the firm invested in 10 different businesses.

From 1994 to 2006, Mark was Managing Partner of Kenner & Company, Inc., a leading middle-market private equity firm with a principal focus on businesses within the building products industry. Mark was involved in all aspects of the business. This included sourcing potential acquisitions, conducting due diligence, negotiating with sellers, arranging financing, and working with management teams. He also handled investor relations. Mark served as an active board member for all portfolio companies and was frequently on the audit and/or compensation committees.

From 1991 to 1993, Mark was a Principal at Fieldstone Private Capital Group, L.P., an investment banking firm, where he was primarily responsible for developing and maintaining relationships with leveraged buyout firms and other financial institutions. From 1986 to 1991, Mark was a Vice President at BT Securities Corporation, a wholly-owned subsidiary of Bankers Trust (now Deutsche Bank), where he was a principal responsible for equity investments made by Bankers Trust. Mark began his career as a certified public accountant with KPMG.

Mark currently serves on the Board of Directors of Skyline Windows, MeTEOR Education, and Yondr. He serves on the Strategic Advisory Board of Curemark LLC. He has served on the Board of Directors of Behr Process Corporation, Therma-Tru Corporation, Champion Windows, Pace Industries, Atrium Windows, Contrax Furnishings, BSI Holdings, TruStiles Doors, Aneco Electrical Construction, Sequentia Incorporated, and Listman Home Technologies.

Mark received an MBA from Harvard Business School and a BS in accounting, summa cum laude, from Binghamton University. He was Chairman and founding member (1999) of Binghamton University’s School of Management Metro Advisory Board from 2000-2016 and continues today as a Board member. Mark was the recipient of Binghamton University’s Special Recognition Award in 2002 for his work on behalf of the University. In 2000, he received its Alumni Recognition Award for distinguished service to his profession, community and the University. He also was the School of Management’s commencement speaker in 2000. Mark is a frequent guest lecturer at Binghamton University where he teaches a leveraged buyout case study to both undergraduate finance majors and MBA students. Mark is also an active volunteer for fundraising at Harvard Business School. He serves on the Major Gift Committee and Participation Committee and is Co-Chair for annual fundraising for his section. He was recently appointed as Chairman of the John C. Whitehead Foundation for his graduation year. Starting in 2017, Mark has been a guest lecturer for a New York University graduate level course, Innovation and Entrepreneurship.

Mark has been a longtime member of Scarsdale Golf Club (not evident from his very mediocre golf game). He was President from 2016-2018 and served on the Board of Governors (including Vice President and Treasurer) from 2010-2018. He has been President of his Ritz-Carlton Residence condominium association since 2017 and a member of its Board of Managers (including Treasurer for nine years) since inception in 2008. In his free time, Mark has focused his attention on collecting and dealing in contemporary art. His website (www.MarkDeutschFineArt.com) shows his current collection and other works of art available for purchase. Mark also enjoys ballroom dancing.

Mark lives in White Plains, NY, and has two young adult children and a dog. He tries to spend as much time with them as possible, especially the dog.

Anthony (Tony) Graham is a successful software entrepreneur and former senior investment banker to the Media, Technology and Telecommunications industries. Currently, Tony is the Managing Member of NTPS, LLC, a company he established to make investments in early stage growth companies.

From 2003 to 2014, Tony was Chief Operating Officer for Archonix Systems, LLC, a company providing mission-critical software for the public safety industry. Clients included police departments, fire departments, correctional institutions and private security services of hospitals, colleges and other entities. During his 11 years Archonix, Tony transformed the company, completing seven acquisitions, expanding into new products, building a nationwide presence and opening four regional service and sales offices to serve Archonix’s expanding customer base. At the time of its sale to Securus Technologies in late 2013, Archonix served 275 customers in 32 states and was highly regarded in its targeted police and fire department and regional jail base. During his tenure at Archonix, the firm averaged 30% growth per year, increased its average revenue per sale from $45,000 to $140,000 and increased recurring revenue at a compound annual rate of 26%.

Prior to running Archonix, Tony was a Director in the Media Group at Citigroup Investment Banking, one of the largest and most successful media groups on Wall Street. During his time at Citigroup and the firms that were to become Citigroup’s Investment Banking Division (primarily Smith Barney and Salomon Smith Barney), Tony had many accomplishments in select industries. Notable was his success in the Tower industry where he was the nation’s leading banker, completing over $3.5 billion dollars of domestic and international transactions. In addition, Tony led over $5 billion of high yield bond offerings and managed the IPOs of 26 companies as lead banker in the Tower, Billboard and other industries. Tony spent a total of 16 years in investment banking including stints in the Technology and Telecom groups at Citigroup Investment Banking’s predecessor firms and was highly active in the Radio and New Media space during his career.

Prior to becoming an investment banker, Tony went through the credit program at Chemical Bank and was a middle-market lending officer in the largest Chemical Bank New York Lending District.

Tony is currently active in local charities and is Treasurer and Board member, in addition to chairing the Finance Committee, of the Mews, a senior citizen facility in Greenwich, Connecticut, founded by Nancy Rockefeller. Additionally, Tony is Co-chair of the University of Rochester Metropolitan NYC Leadership Council serving 13,000 local UofR alumni. He is a section fundraiser for Harvard Business School and is active in giving to the University of Rochester athletics program in recognition of his involvement as a varsity athlete in two sports during his four years at the University. 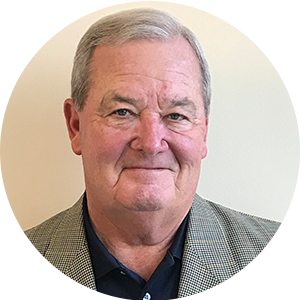 Carl B. Hedlund is a senior operating executive with over 35 years of experience successfully managing large global companies and smaller private companies in a wide range of industries with a predominance in the building products sector.

From 2000 to 2007, Carl was President and CEO of Therma-Tru Doors. Therma-Tru is the leading manufacturer of fiberglass entry doors for residential construction in the United States. Under Carl’s leadership, Therma-Tru grew significantly and was sold to Fortune Brands in late 2003. Mr. Hedlund remained as CEO through 2007, successfully positioning the company in new segments and channels such as home centers (becoming Lowes’ Vendor of the Year in 2005 and 2006). Previously, Carl held senior leadership positions for over 28 years with Owens Corning Fiberglass, including President of the International Building Materials Division (based in Brussels), President of Asia Pacific (based in Hong Kong), President of the Roofing and Asphalt and Retail Distribution Divisions (based in Toledo, Ohio), and Managing Director of Latin America (based in Brazil).

In addition to his Board roles, Carl has held senior positions in important industry associations. From 2000 to 2007, he was a Member of the Joint Center for Housing Studies of Harvard University. This group publishes the annual State of the Nation’s Housing report, the preeminent analysis studied by all businesses within the building products industry. From 1990 to 1993, he was President of the Asphalt Roofing Manufacturers Association.